Amy Ahlers is a celebrated women's leadership expert, master coach, keynote speaker, and bestselling author. After a successful career as a top producing sales executive, she entered the world of coaching two decades ago and has touched the lives of over 150k people. Amy has been a featured keynote speaker on stages at places like Google, Charles Schwab, and Oracle and has appeared on countless TV and radio shows as a coach and expert.

Her first book, Big Fat Lies Women Tell Themselves: Ditch your Inner Critic and Wake Up Your Inner Superstar (New World Library, 2011), shot up to #1 in several categories on Amazon, including Self-Help, Happiness and Self-Esteem. Her second bestselling book, Reform Your Inner Mean Girl: 7 Steps to Stop Bullying Yourself and Start Loving Yourself, (Beyond Words/Simon and Schuster, 2015), is based on the International online program, Inner Mean Girl Reform School, which has helped over 40,000 women around the world transform their Inner Critics.

A 2010 recipient of the Women Who Dare Award from Girls Inc., she holds a BA from the University of California, earned the CPCC designation from The Coaches Training Institute and has done numerous advanced trainings to stay on the cutting edge. 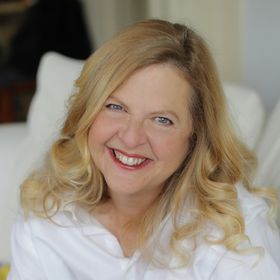 "Amy has created a significant paradigm shift. She is changing the way women relate to their inner critics, and women are thinking and acting more powerfully as a result."

- SARK, Teacher and Artist with over 2 million books sold

"Amy is a powerful firecracker of love, integrity and passion."

"If you have an Inner Mean Girl who has you feeling down about your situation, your past, your future, and your chance for happiness, Amy Ahlers is just the kind of person who can pull you back up. Her kind, positive, playful guidance will gently walk you from self-torment to self-confidence."

Add me to the waitlist for Uprising!